What do you know about Omega-3 fatty acids? 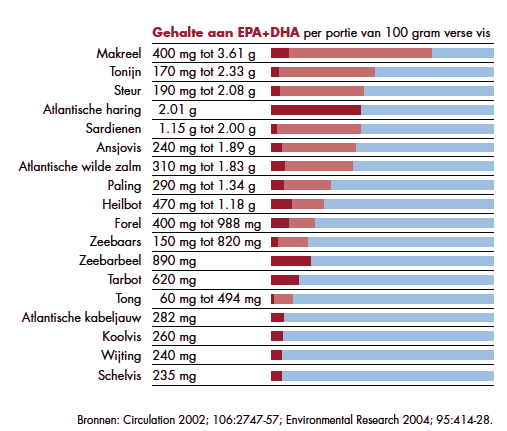 European health authorities advise us to eat fish (preferably oily fish) twice a week. Fish may be polluted with heavy metals (mercury, cadmium, arsenic, lead), pesticides, dioxin, furane and PCBs. These toxic substances are absorbed mainly by the skin and the gills.

Always remove the skin from fish to limit your intake of harmful substances. Smaller fish species (including anchovies, sardines and mackerel) contain fewer harmful substances than larger species. Some large fish species (shark, marlin, swordfish, king mackerel and tilefish) contain high levels of mercury and should consequently not be consumed during pregnancy or breastfeeding.

Because of the level of pollution pregnant and breastfeeding women should only eat one weekly portion of tuna (fresh or canned), wild salmon and/or herring from the Baltic. To put it in a nutshell, it is safer to use a carefully controlled fish oil supplement during pregnancy and breastfeeding.

I don’t like fish. Not a problem, because the necessary Omega-3 fatty acids can be derived from plants oils as flaxseed-Chia-Hemp oils.

Those plants oils contains alpha-linolenic acid (ALA), an Omega-3 fatty acid. However, most vegetable oils do not contain EPA or DHA.

Sadly so, because ALA, EPA and DHA are all beneficial for our health. The body tries to produce both EPA and DHA from ALA. The results are not sufficient. Only 0.2% to 8% of the ALA consumed is converted into EPA and a mere 0.05% (or less) into DHA.

That is why our diet should include sufficient extra EPA and DHA. Sea algae are an alternative for people who don’t like, or don’t want to eat fish. The oils derived from algae are the only vegetable sources of EPA and DHA. Look for UnoCardio Vegan,today the highest on EPA and DHA available today.

Cod liver oil contains EPA and DHA (± 190 mg EPA+DHA per gram of oil). However, this oil also contains large amounts of vitamins A and D. Excessive quantities of these vitamins can harm the unborn baby. 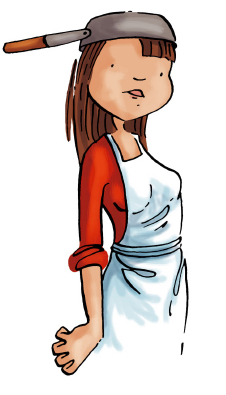 Eating ‘real’ butter or margarine* enriched with Omega-3 fatty acids every day is healthy. I use this butter: as a spread on my sandwiches, to fry meat, in pastry, etc.

‘Real’ butter contains saturated fats. Hydrogenated margarine contains trans fats. Excessive consumption of saturated fats or trans fats increases the risk of heart and cardiovascular disease and certain types of cancer. This demonstrates that not all foods enriched with Omega-3 fatty acids are good for you! Ensure that you make the right choice!

Use Omega-3 fatty acids with care. Only use these fatty acids in cold dishes. Store omega fatty acids in airtight conditions (e.g. in capsules).
(*) as real butter derived from cows milk used to be referred to

A daily dose of up to 5 grams of EPA+DHA is well tolerated. The European Food Safety Authority (EFSA) considers the long term use of 5 grams of EPA+DHA per day safe in adults. This should be considered the maximum daily dose. With higher doses the blood’s ability to clot may be inhibited and lead to undesirable bleeding.

The only known interaction of Omega-3 fatty acids with medication is with anticoagulants, as high doses of Omega-3 fatty acids reinforce their effect. Providing you stick to the maximum daily dose of 5 grams of EPA+DHA, EFSA maintains that the simultaneous use of anticoagulants will not lead to an increased risk of spontaneous bleeding or bleeding complications. Are you taking anticoagulants? In that case it is advisable that you inform your physician if you intend to take Omega-3 supplements to ensure that any bleeding risks are monitored.

Is burping a problem? In that case drink a large glass of cold water when you have taken your fish oil supplement.